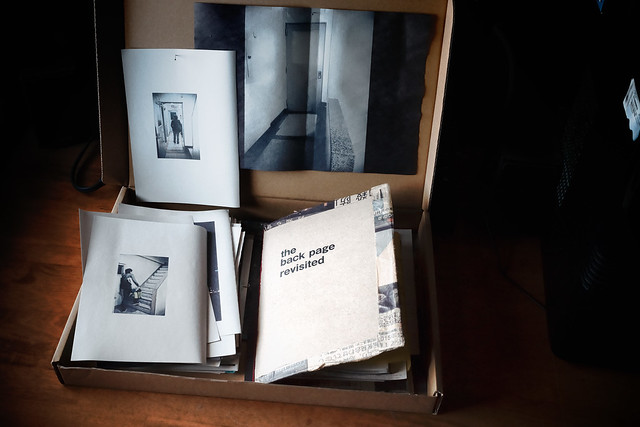 Great poster for the photobook as object, photobook who cares for the 2016 Tokyo Artbook Fair. pic.twitter.com/gm4q2YXQwe

『Remainders of Suicides』
---中央区霊岸島美術ギャラリー閉鎖事件、及び、都内鉄道人身障害事件について---
〔梗概 ／ synopsis〕
This hand made PHOTO-OBJECT is an output of a workshop for experimental photobook production called "The Back Page Revisited," held at Reminders Photography Stronghold in 2015. Each of the artists in this workshop aimed to build up a visual story based on "incident" social or private, and the result of this processe is the "book," in which I dealt with 2 things in contrast:  first, a suicide of an gallerist with whom I, as an artist, had been in close association; second, innumerable suicides surrounding us every single day. The "book" juxtaposes various images and words to represent the sense of distance of my vague sentiment to the dead above mentioned. Giving an alternative viewpoint and meaning for their choices, not only simple condolence, rejection or blame. That is the very thing that I have to work on; I, as a creator who is living in our time.
〔introduction〕
■ 8 years passed since Mr.Sato has committed suicide in the gallery. On the same day of his death, July 14, 2016 in the afternoon, 3 cases of "bodily accident" were reported. 8 months back from now, on May 2nd 2015, at Tobitakyu, "a woman in around her twenties" was killed by a train which I was taking. Over the past 8 years in the society of Japan, more than 240,000 people have committed suicide.
■ Apart from some rare exceptions, the majority of them are forgotten, not even to appear on "miscellaneous" pages in newspapers. A mere, banal figure of mortality. However each selected death entails proper reasons and stories among 240,000 cases. Only nobody intends to know about and to speak about the dead person.
■ In this project I focus on different emotions I feel face to the different types of death; one is that of a Mr. nobody I have known, the others are suicides that occur in daily life and which can be considered as a repeated "background landscape" (such as accidents in railway,) and would like to let appear the distance between such emotional degrees with
polyphonic images and words.
■ Attach a different point of view and a meaning to what they have chosen, instead of not forgetting, is one of the reactions, as well as feelings of mourn, refusal, or accusation, that are thrown to the dead, by the ones who keep living even now on.
※ （English translation: Satsuki Nakamura, Ayuko Nishida ）
〔OBJECT information〕
NO. OF PAGES:
136pages
SIZE:
book→18.5W × 25.7D × 4H cm / box→30W × 42.5D × 4.3H cm
NO. OF IMAGES:
60pictures
WEIGHT IN GRAMS:
230g
PRICE:
Exhibition & received order 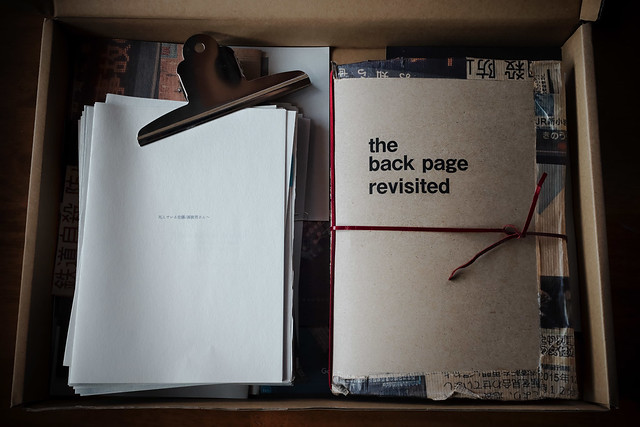 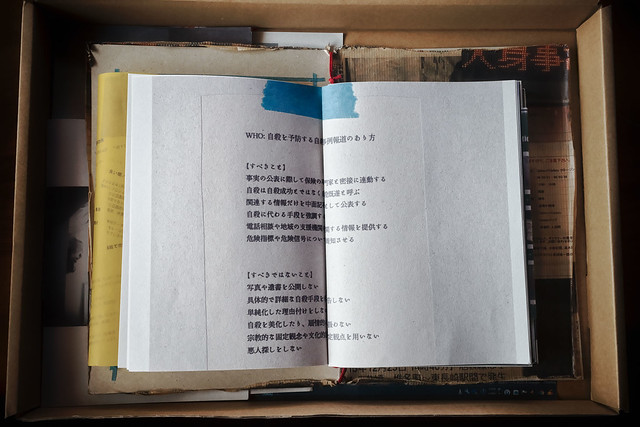 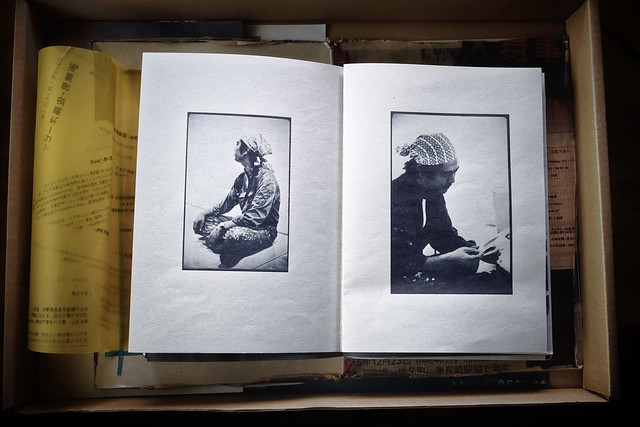 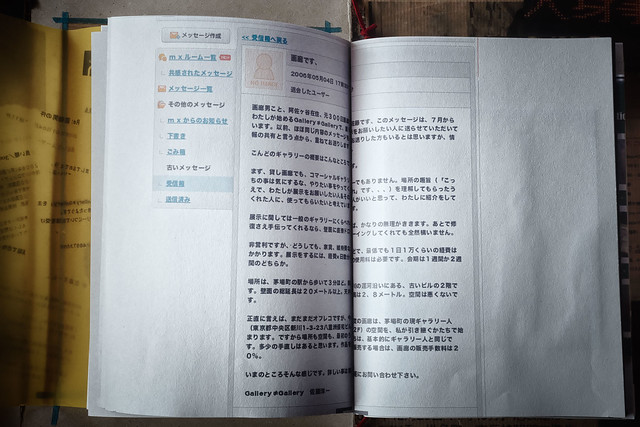 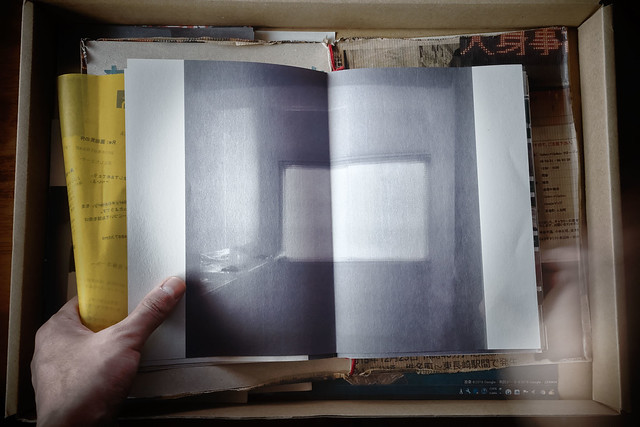 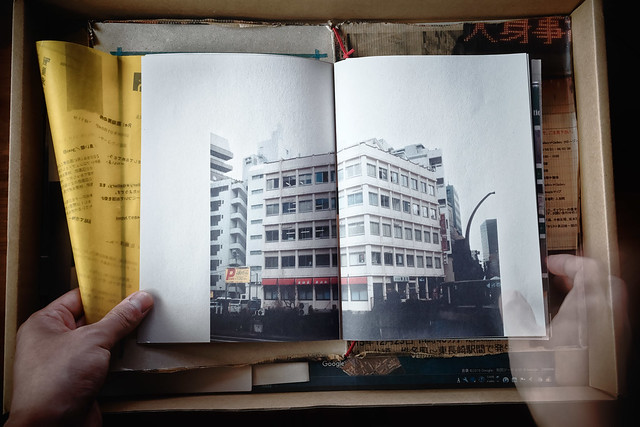 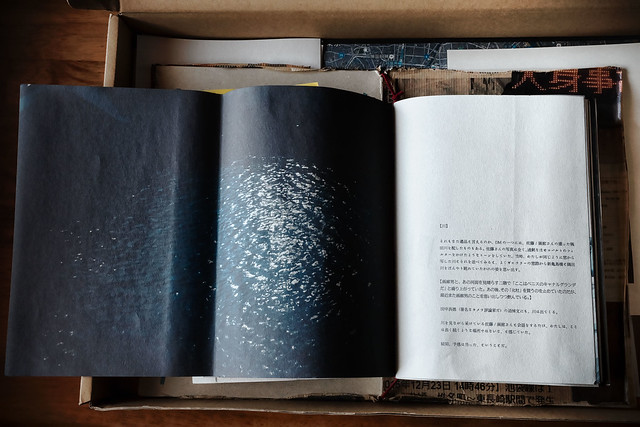 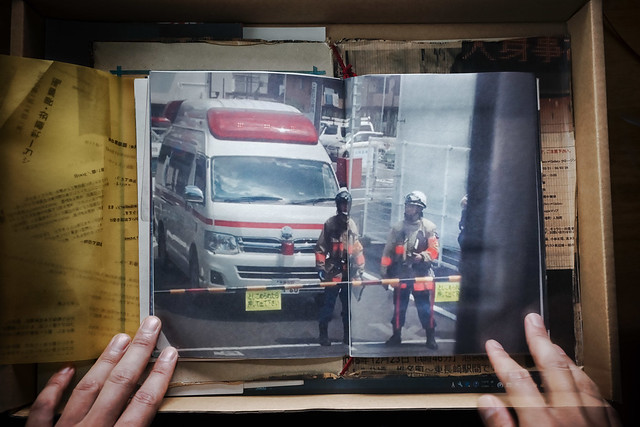 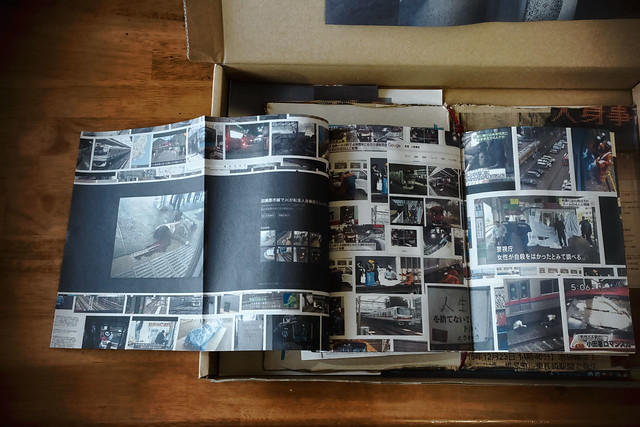 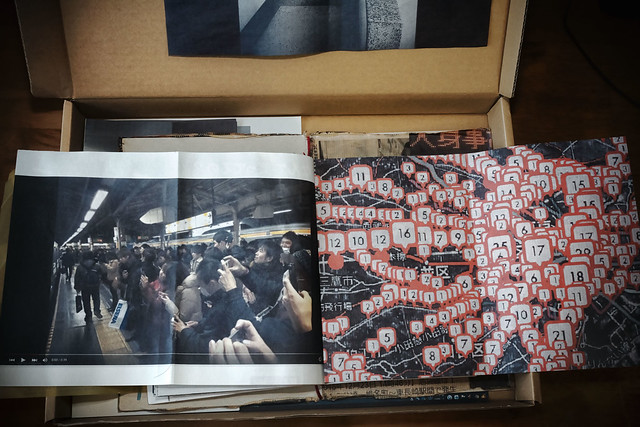 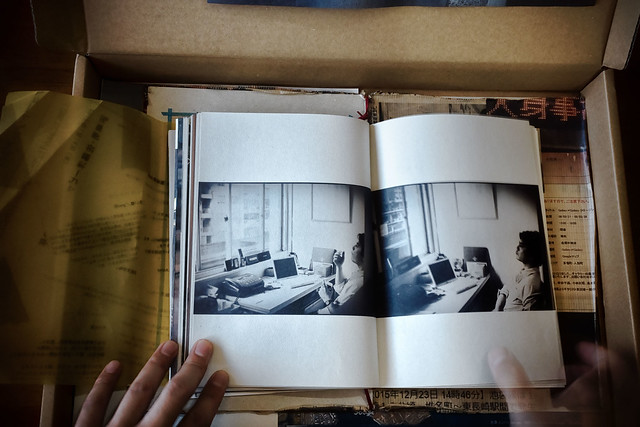 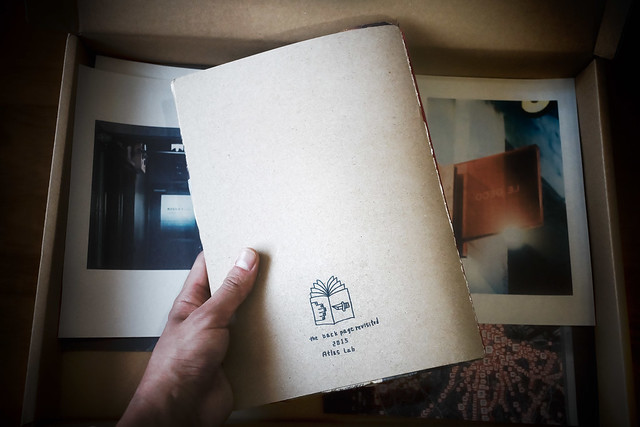